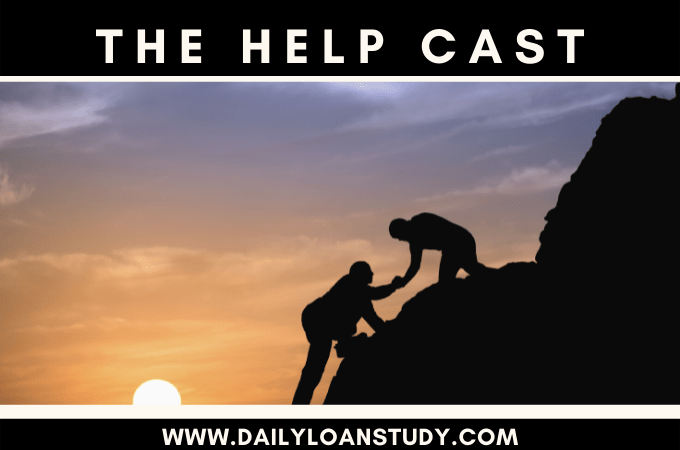 We need your support to produce this week’s big-screen story about Susan Boyle, Britain’s Got Talent star. After appearing in a national talent contest, a frumpy singleton who is grieving the loss of her mother rises to fame. She instantly becomes a global digital star and “a role model to everyone the help cast has dreams” ((c) Elaine Paige). This could not be made up by Hollywood better than it is. There are no changes to the script from Susan Boyle: The Movie.

This edition of the help cast may be overtaken by events. Reports claim producers are creating movie treatments about Britain’s Got Talent contestant Boyle, who performed I Dreamed a Dream. She was the “tonic” of the nation and a “overnight YouTube star”. Boyle has also been approached to play a non-acting role in Section B’s upcoming musical movie (her co-stars will be Cyndi Lauper, Tippi Hedren).

I was looking through my casting Rolodex and I see something that Susan would make a good fit for Brenda Fricker (or Imelda Staunton in her Vera Drake incarnation). But, I feel that an American helping to cast the role of Susan will bring Hollywood magic to proceedings.

Hmm, Kathy Bates perhaps? Too much sass, maybe. Sally Field is the wild card. For the following reasons, Meryl Streep is my number one choice:

Streep is a foxy, if necessary. Boyle has another side, as evidenced by her sultry rendition Cry Me a River. Next, she’ll be singing James Bond theme.

There are many supporting cast members and cameo characters in Coming to the Boyle (or I Dreamed a Dream if you prefer), but Simon Cowell is the only choice. Step forward Michael Sheen.

Real-life productions that attempt to cast supporting actors would likely be hindered by the Pamplona-style stampede, Ant and Dec and Amanda Holden, Ant and Dec and Twitter-followers DemiMoor and Ashton Kutcher, who would presumably demand to perform.

The help cast the news is free from such restrictions, and you don’t need to. Please send us your suggestions.

We have a favor to ask. We are grateful to millions of people who trust the Guardian for quality, open news. Readers in 180 countries support us financially.

Everybody deserves to have access to accurate and reliable information. We made a different decision: we decided to make our reporting available to all readers, regardless if they live in a place that is financially feasible. This allows more people to be informed, united and inspired to take action.

A truth-seeking, global news organization like The Guardian is vital in these difficult times. Our journalism is independent from any billionaire owners or shareholders. This makes us unique. Our independence gives us the freedom to challenge, expose, and investigate those in power at a time when it is more important than ever.